How Much Is LED High Bay Light Quality Worth? 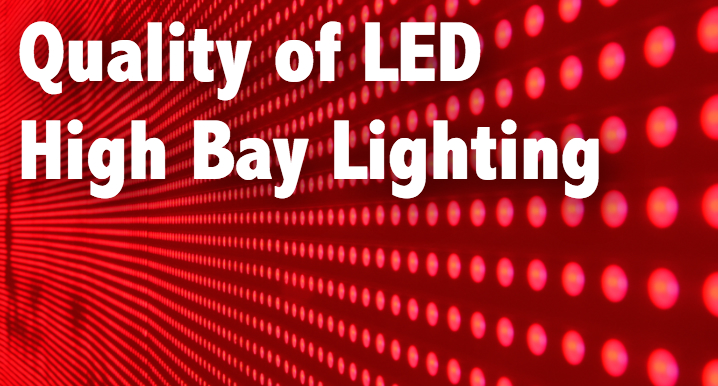 Owners and operators of factories, aerospace buildings, warehouses and other commercial and industrial facilities with high bay lighting are well aware of the energy savings that can be achieved by retrofitting the lighting systems to LED high bay lamps or fixtures. There is so much data out there in print and other media that those running these facilities know LED lighting systems will result in 50%, or more, of reduced energy consumption and cost savings. These individuals consider the savings in watts, KWh, reduced maintenance costs, and in dollars and cents cut off the energy bill.

While it’s understandable someone running a commercial or industrial facility would be focused on the energy and cost reduction components of LED retrofits, there is a subtle, but also very important aspect of LED retrofits that should not be overlooked; greatly improved quality of light.

Light has different qualities. It can be soft or harsh, dim or bright, and even “golden” as sunset approaches. And the quality of the light we experience absolutely has an effect on us, even if it may be at a subconscious level.

The Hawthorne factory assembled telephone relays. As part of the study, one group of workers performed their assembly tasks in an area with the existing factory lighting. A second group worked in a separate area where the quality of the lighting was greatly improved over the regular factory lighting. The results as you have probably already deduced were that the productivity of the group working in the improved quality of light area was significantly greater than the other group. (The Hawthorne Effect; Harvard Business School, Baker Library Historical Collections; library.hsb.edu).

Older HID or HPS lamps and fixtures have low quality of light. A typical HID lamp for example has a CRI of less than 65. HPS lamps are often referred to as “bug lights” due to the color they produce. And, these older lamps also experience rapid lumen depreciation resulting in a workplace that is often dim in addition to the poor quality of light. LED high bay lamps and fixtures provide a much higher quality of light and significantly better lumen maintenance when compared to the older forms of high bay lighting.

Quality of light has an effect on us, whether we are in a workplace, or experiencing a gray, cloudy day. A space that has high quality of light is much more visually appealing and provides a work environment that is more productive and safe. But you do not have to conduct a formal study to prove this. Just look at the before and after images of the facility below, that now has a LED lighting system in place.

As the owner or operator of a facility you need to focus on efficiencies and cost reductions for your workplace. But don’t neglect to also consider the beneficial effects of better quality of light for your workforce, and any visitors to your facility. Just more factors that favor a changing your old HID lighting system to a new LED high lamp or fixture retrofit.