The Real Cost of Not Upgrading to High Bay LED Lighting 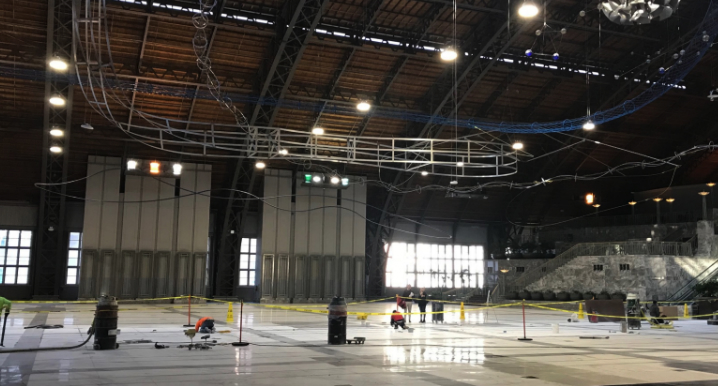 Many commercial and industrial facility owners, managers and operators do a high wire act when it comes to their maintenance and capital improvement budgets. Allocating precious resources is done on the basis of, “if it’s not broken don’t spend money on it”. While this is understandable given the rising cost of rent, wages, utilities, insurance premiums and fuel, just to name a few expense areas, putting off or delaying a retrofit of facility lighting to a new LED high bay lighting system is actually costing you money.

XYZ Company owns and operates a 130,000-sq. ft. industrial building. The building lighting consists of 130 magnetic ballast high bay fixtures mounted 25’ above the floor. Each fixture uses a 400W metal halide lamp and the fixture ballast consumes another 58W for a total system wattage of 458W. This Company operates the facility a total of 5,000 hours per year. In this case study, the utility blended rate averaged $0.14 per kilowatt hour (kWh).

This Company decided to retrofit the lighting system and convert it to high bay LED using a 200W plug and play LED lamps. Installation was done using the Company’s own maintenance staff. All 130 of the 400W metal halide lamps were replaced with 200W LED high bay lamps, reducing the total annual lighting energy consumption from 297,000 kWh, to 167,700 kWh. The switch to LED high bay lamps resulted in an annual savings of $18,100 for the Company.

The cost of purchasing the lamps was returned in about 12 months, and over the entire 5-year warranty period for the lamps, the Company will save over $90,000 just by changing light bulbs. Additional savings are realized by avoiding the cost one or two additional re-lampings required with the old metal halide lamps during the 5-years. And the Company has better quality of light, instant on/off, a safer work place, and also the ability to use occupancy sensors or other controls to further increase the energy savings which was not possible with the metal halide high bay lamps.

So, in this case study the Company’s decision to re-purpose their old tech high bay fixtures with plug and play LED lamps made a lot of sense (and a lot of dollars and cents too). Had the Company done nothing it would be paying an extra $18,100 a year in added energy bill payments. Had the decision been to not switch to LED high bay lighting the real cost to the Company of doing nothing would have been $90,000+ over the 5-year span. And if the fixtures were older and near end of useful life, a retrofit to LED high bay fixtures would have resulted in even greater energy savings. View All Case Studies >

The “Conundrum” Can Be Easily Solved:

Any facilities manager that has been on planet earth the past few years has learned about high bay LED’s, and knows retrofitting to LED high bay lamps or high bay fixtures will save money. But the stumbling block is the budget. The company is concentrating on increasing business, revenue, productivity and providing the highest level of customer service. Spending money on efficient cost saving LED lighting is just not a management priority. So, while the manager recognizes the benefits and savings from an LED retrofit, the resources are just not there to make it happen. This is the “conundrum”.

The lack of available funds to capture energy savings from a new LED high bay lighting system retrofit is actually an easy problem to solve. There are many no cash up front options available, including lighting as a service (LaaS). In effect, a company leases its ceiling lighting out to a lighting energy efficiency company which then is responsible to pay for the up-front cost of the new LED high bay retrofit. The energy efficiency company that provides this service is paid back over a period of time from a portion of the energy savings.

The remainder of the monthly energy savings is retained by the facilities manager’s company. In short, for no cash or capital outlay, the facility receives a new, energy efficient LED lighting system at no cost, and from day one shares in the energy savings garnered by the new lighting system. In the example above, if the facility opts to use LaaS, it pays nothing out of pocket and would benefit in costs savings of about $9,000 a year by “leasing” out its ceiling lighting.

Doing Nothing Will Cost You Money:

When it comes to making a decision whether to retrofit your existing old tech high bay lighting with new LED lamps or high bay fixtures, the longer you postpone doing so, the more money you will spend in added energy costs. The sooner you retrofit, the sooner you start saving real dollars otherwise wasted on higher than necessary energy and utility bills. There is every reason to switch your high bay lighting system to an advanced energy technology, LED system and the sooner the better. The numbers tell the story.